Reducing the dimensionality of data with neural networks | David Torpey

Reducing the dimensionality of data has many valuable potential uses. The low-dimensional version of the data can be used for visualisation, or for further processing in a modelling pipeline. The low-dimensional version should capture only the salient features of the data, and can indeed be seen as a form of compression. Many techniques for dimensionality reduction exists, including PCA (and its kernelized variant Kernel PCA), Locally Linear Embedding, ISOMAP, UMAP, Linear Discriminant Analysis, and t-SNE. Some of these are linear methods, while others are non-linear methods. Many of the non-linear methods falls into a class of algorithms known as manifold learning algorithms.

The dimensionality reduction technique discussed in this paper is based on neural networks, and is known as the autoencoder. An autoencoder is essentially a non-linear generalisation of PCA. The autoencoder architecture consists of an encoder network and decoder network, with a latent code bottleneck layer in the middle (see below figure). The goal of the encoder is to compress the input vector into a low-dimensional code that captures the salient features / information in the data. The goal of the decoder is to use that code to reconstruct an approximation of the input vector. The two networks are parameterised as multi-layer perceptrons (MLPs), and the full autoencoder (encoder + decoder) is trained end-to-end using gradient descent. Formally, the goal of an autoencoder is to minimise \(L(x, g(f(x)))\), where \(L\) is some loss function, \(f\) is the encoder network, and \(g\) is the decoder network. 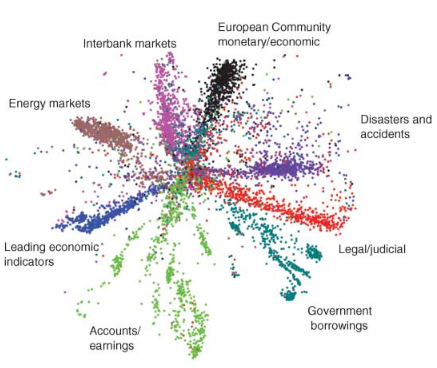 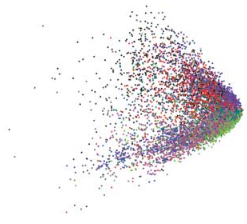